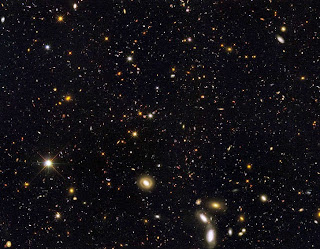 Piteer and Kell were both excited with the idea of joining Dranke on his lone explorations as a trader. Kell was already looking at how she could move away from spacecommand, and this was an opportunity she did not want to miss. Piteer on the other hand, was not comfortable leaving the safe and familiar spacecommand structure. Dranke understood his reluctance. He felt the same way sometimes. But he also knew that it was time to move on. He was happy that Kell was willing to leave spacecommand. Her being on the ship would be a huge help. He could actually leave most of the running of the darkmatter starcraft to her. She grinned at him "Sette wants to join too. At least that was the feeling I got. But she needs to be convinced."

Dranke had called Sette to his cabin. The warm glow of the artificial 'sunset' suffused the room. There was no real Sun visible, but then it did not really matter. Sette walked in, looking much older than he had remembered. It had been some time. She sat down opposite him "I was wondering if you had a plan Admiral. How will we ensure we make enough for fuel and supplies?" Dranke smiled at the direct questions. Sette was nothing if not direct. "Firstly, I have resigned my commission this morning. You can call me Dranke. Secondly running the darkmatter starcraft will be the least of our worries. Spacecommand is willing to pay for information which we uncover. The trading is purely a cover. Anything we make from trading will be icing on the cake." Sette seemed to relax visibly "Thank you Sir. I mean Captain. I mean Dranke, Sir." This was getting to be awkward. Dranke grinned "Don't worry about it, I need you and Kell to make this venture work. With you two around, running the trading business is going to be a cinch." Sette smiled "I am happy to join you on this trading business Sir. I would love to learn about the tech and improve upon it. This gives me the opportunity to do just that." She came around the desk and kissed him unexpectedly on the cheek. She left hurriedly. It left Dranke a little uncertain himself. It had seemed more than a friendly peck. And a little out of context. He shrugged. Maybe he was imagining things.

Dranke found that his reputation preceded him and finding cadets was quite easy. In fact Kell and Sette had to screen them. Every young cadet wanted to work for Dranke - they felt it was an opportunity they could not pass up. He felt he did not deserve the reputation he was being accorded, but he took it with as much grace as possible. Ultimately Anoz, Monc and Chung were selected as the second chain of command after Kell and Sette. He left the job of hiring the balance cadets to Kell and Sette.

Dranke had been summoned to the offices of Nina Decee. He remembered she was the lieutenant who reported to General Selin. He knocked on her door wondering what this was all about. Nina called him in. She was decked in official finery, and seemed to be inspecting him like an interesting specimen under a microscope. He shifted uneasily. "So you have decided to become a trader, Admiral?" She arched her eyebrows. Dranke nodded "Yes, I have decided to strike out on my own." "You know you are giving up a great deal. You will have no power from your new position." She looked disappointed. He shrugged "Maybe that is not what I am looking for." She looked at him contemplatively "Guess that is your decision." She got up abruptly and strode off rapidly, leaving Dranke wondering. He realized that not everyone would be understanding of his seemingly foolish decision to give up his command. On the other hand, he had not expected to be judged only by his title.

A few days of maintenance and closing the hiring process and they were ready to go. The General himself came to see them off. He waited until all the crew had entered the darkmatter starcraft and put him hand on Dranke's shoulder "Take care my friend. I will always be here for you." He looked at Dranke and smiled fondly. Dranke was a little taken aback by the affection, and he saluted smartly "Sir, it has been an honor to serve under you. I am in your debt." He turned and walked off rapidly before he said something silly. The General waited until the airlock closed and whispered "I will miss you son." The young Captain did not realize how much the General had depended on him. He watched the darkmatter starcraft accelerate away and take it's first jump as a trading vessel. In a flash, it was gone.

On the Raven's bridge, Dranke got into the Captain's chair. He felt comfortable here. This is where he belonged. The Admiral's job had not really suited him. He knew this was a new beginning for him. He would have to make it work. For himself and for his crew. He owed them for standing beside him. But strangely, it did not feel onerous. All he felt was freedom; he looked forward to the challenges they would be up against. He looked jauntily at Kell "Plot a course to Jexx." He was going to enjoy this.