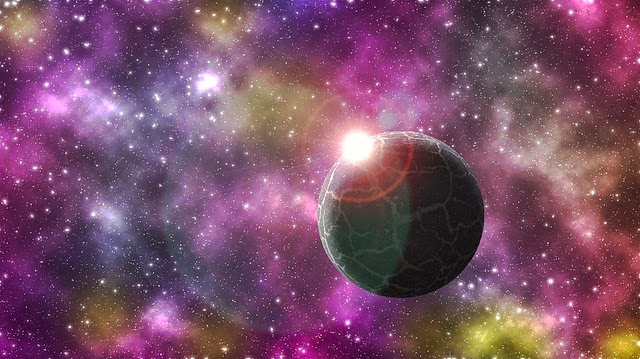 Dranke watched as his darkmatter starcraft wove their way into the desired formation. He preferred to have a quarter-moon formation since it allowed for a strong defensive position, but he worried about the edges. They were too vulnerable to attack from the sides, with too much time required to readjust. He spoke to Piteer on the subroutine "What do we do to ensure that we have flexibility and maneuverability in the event of an attack from the sides?" Piteer was connected instantly, and he roped in all the other captains as well "Yani and Kell have worked on similar simulations, I found that having a spherical system in three dimensions will work well, but it takes too many resources, and there is a lot of waste." Yani sounded apprehensive "Admiral, we could possibly have a layered approach, which allows for much better coverage." Kell was silent.

Dranke thought about it. "Can we try all the simulations please? Lets ask Niket to use her fleet as attackers, it will give us a better idea, even though we expect the Jexx to use thousands of attack vessels instead of the eleven we each have." Tenne piped up "Admiral, we can use something like a 3-3-5 formation. Similar to how sports used to have in the distant past." Dranke smiled. He understood the reference. Tenne with her vast experience in slower ships would have invaluable insights on positional strategies. He acknowledged her input, signaled assent and signed off.

Niket was involved in her own training and the communication from Dex came just as she had called off the exercises. She was happy to participate. "I would love to get into a training session with your fleet." Dex could hear Fenie just behind her, and felt a sense of loss. They scheduled the training and moved on to different scenarios. It was all about the strategic positioning at this stage. Simulations would handle the armed conflict later. Sette was hard at work on the training schedule. Each person needed to have a role, and she painstakingly constructed scenarios which would require each and every crew member of the fleet to participate. Dranke had a new science officer, an overeager cadet called Leste. She went by the book and was agonizingly correct about everything. She was speaking "Completed the systems check and the engine test, Admiral. I mean Captain. We are now ready to move." Dranke sighed and said not unkindly "Yes Leste; you don't need to tell me that, only if there is a breach of protocol." She almost cried. He had to restrain himself from comforting her. She was very new, but spacecommand had to pull from its pool of raw cadets. Part of it was youth helped in growing the cadre of the space corps and part of it was related to the kind of life one had to live - solitary, on edge and dedicated to one single focus. He would have to talk to Fenie about getting her quickly up the curve.

Dranke got onto the Jen subroutine and all the ship Captains were online at once. It was amazing. He outlined the new formation which Tenne had outlined and asked her to take over. He watched in growing admiration as the pieces began to fall in place. Ships moving in concert, with the ability to move quickly without hindrance. Niket's ships wouldn't stand a chance. He smiled to himself.

The exercises were curiously  manic. Dranke had put Tenne in charge and watched as she got the fleet into formation. In three dimensions, each of the 'waves' of ships were stacked up in different levels and the last wave was stacked upto into two mini waves. Each of the waves were alternately 'up' and 'down.' It made for an interesting design. Niket's ships were very disciplined. They came from all directions, not really following a traditional attack formation. Tenne's defensive position held up well, but it could not be used for a counter-attack. Dranke mulled over the schematics.

Piteer asked Dranke if the first wave could break up and counter-attack, but Niket had clearly planned for such scenarios. Her ships had been held back to lure any such outcome. Dranke asked them to hold their position. Since all the ammunition was actually nothing more than a simulation, the computers were keeping score. None of the fleets had been 'damaged.' It was a stalemate.

Niket got onto the comms and spoke to Dranke "We need to regroup and think of how to take this forward. I'm sure the Jexx will be much more aggressive." Dranke agreed "True. Maybe it's time to take this to the simulations. At least we can work in tandem to defend against real Jexx maneuvers.

This was working out to be more difficult than he had thought. At mealtime, in the spacecommand cadet mess, he met up with his old crew. Fenie grinned at him "Niket gave you a run for your money." He glared at her in mock anger "I knew you were behind that. She seemed to have planned for my every move!" It was good to be back together just to spend some time. They were family.