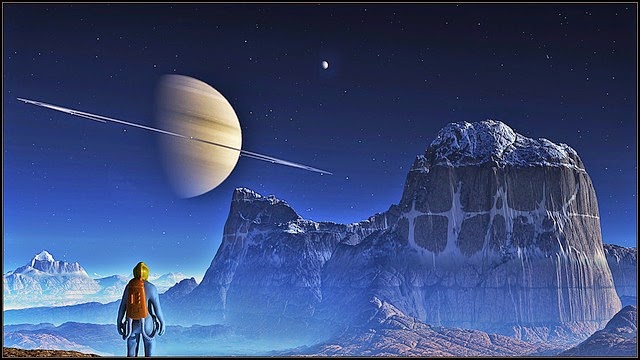 Dranke had not slept well. It clearly showed as he stumbled into the shower room in the Hnnesset living quarters. Every human concern had been addressed. But there were no familiar trappings. He stared at the small cubicle in consternation. How was he supposed to turn on the shower settings? He touched the wall. it slowly transformed into a tub filled with an impossibly blue fluid. The liquid looked like water. He tested it with his finger. He decided to not overthink it and slid inside. The 'water' gushed around him gurgling and singing. It was extremely relaxing. He could lie here all day.

Breakfast was astonishing. Old Earth food had been laid out when he entered his room. He stared at it. This would be worth a fortune! The eggs and bacon disappeared rapidly. He wondered if he needed to keep his breakfast pills anymore. Jen said he should. That made him sit up. He had work to do!

When Dranke found his way back to Hexe, he found that the full crew had assembled around the Raven. They were staring. And soon he was too. Fenie pulled his sleeve without breaking her stare "Look at the booms." He did. They were working like fingers in hands - millions of fingers all built into the booms. They transformed into drivers or drills when needed. They stretched like silly putty when needed. They were all transfixed as they saw the extent of the technology the Hnnet had. In the meantime the darkmatter starcraft was being rapidly transformed itself. Gone were the human exhausts. In their place was a bank of slim tubes. The edges were being fitted with some material with seemed ethereal. Who was doing the refurbishment? Jen told him it was the upgrade module. The whole time it had been gathering performance data on the way to Hexe. It was a simple matter to decide on the course of action after that. It was all automated. No one was overseeing it. The module was self-sufficient. Dranke told Fenie and Piteer about the module and they marveled at it's programming.

The admiration was broken by Ed coming in and greeting them all "Hello humans. I must tell you the council is now ready to see you. You must come back to the Hnnesset immediately." Dranke noticed that his tone seemed a little strained. But then he was no expert on alien voice modulation. He nodded "Do all of us need to come?" "Dex and Sette can stay back since they are new, but the rest of the crew need to be there." They followed without a word back to the now familiar teleporters.

This time there was no time for pleasantries. Ed hurried them to the Hnnesset main dome-like structure. There were twenty-three aliens there. Only one looked like a Hnnet. The rest were clearly from different planets. Ed said "The council will speak through me. From now on, you must speak to them directly. I will not be able to respond for the duration of your meeting." Dranke said "I understand."

They were seated on a podium and Ed stood in front of them arms akimbo. He said "We are the council. It is our pleasure to meet with you captain Dranke and crew." Dranke was a little unsettled "It is our honor." Ed laughed "Yes, what you humans called honor. We meant no disrespect." Dranke smiled politely "Of course." Ed spoke rapidly "Have you decided to nominate one person for the Hnnesset? You understand that over a thousand delegates make up the Hnnesset?" Dranke nodded assent "Yes, I have decided. I cannot ask anyone else, so I will volunteer." Ed smiled "We knew you would make that choice. But we need you to coordinate with your spacecommand.Can you make another choice?" Dranke was taken aback "Respectfully, I cannot ask anyone to take such a position. My job description is very limited." Ed nodded "We expected that too. Based on our studying your crew, Vaxe may be interested. And don't worry, we will not force her." Dranke looked at Vaxe in surprise. She smiled at him and shrugged "I don't have a family. I like it here."

Dranke felt relief wash over him. Ed was still speaking "Vaxe is free to leave any time she wants. Its not binding." Ed said "It's a temporary position. We understand that it is now vital to Earth to be part of the Hnnesset since we are integrating too fast to allow for our bureaucracy to slow us down. The normal process will happen in parallel, but we understand the desperation of your Leader." Dranke did not know what to say "Thank you." The council retreated from Ed. The council members walked off unconcerned as if they were on a picnic. Ed was now himself "Sorry about that. I had to let you speak to the council directly. It's above my pay grade." He grinned "See I know all about human jokes."

After they were deposited back to their quarters, Dranke and Fenie spoke to Vaxe. She was happy to try her hand at something new. Dranke felt relieved. And then felt guilty for feeling relieved. Fenie looked at him "Its not about you captain, it's about what Vaxe wants." He nodded. It was time to head back to Hexe and their ship. As they all said goodbye to Vaxe, she said "I'm really happy here. And don't be stangers! You are my family." Their parting was bittersweet.

As they boarded the darkmatter starcraft, Dranke realized he would have time to revisit leaving Vaxe behind. Nothing was irreversible.