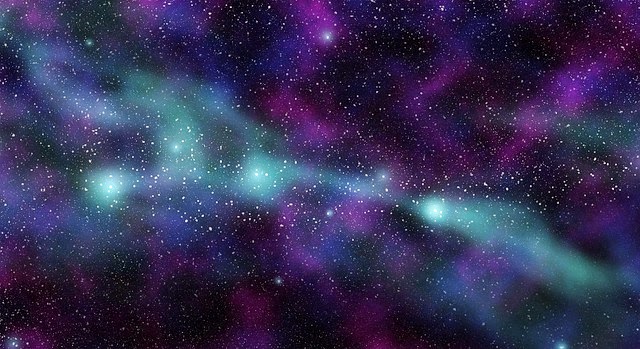 Dranke woke with a start. He had had a disturbed sleep to begin with, but once he dozed off, he slept fitfully. He heard the insistent buzzer going off again - it was Kell pinging him "Good morning Kell, isn't it a bit early?" He could hear the smile in her voice "Captain, its time for your enhancement, should I tell you how to get there?" He grumbled and agreed, watching as the schematic hologram was transferred to the middle of the room. He hadn't even had coffee! He slid out of the covers and got a real coffee mug, the steaming brew smelt delicious.

Dranke got dressed and found his way to the enhancement center. The tech in charge was Gens, a young man with an intense look. He asked Dranke to sit in the high backed chair. Without warning, the chair elevated and a machine descended on Dranke. Blackness enveloped him. He had dreams. Dreams of people talking as he was helpless. Dreams of being captured by enemies. He lost consciousness after a while.

He was brought to by some more coffee. He could get used to the real stuff. The voice in his ear said "Hope that was not painful." He said not at all, and realized that there was no one there. He was speaking to Jen, the Hnnet. He grimaced. "Don't worry, you will get used to it. You don't have to speak or sub-vocalize, just think 'to' me, that should be enough." Dranke tried it "Are you Jen?" "In a way. I am a Jen subroutine. I am her, but I am more. She doesn't really have to talk to you, I do it for her." He wondered at the kind of tech that would do that "It's more complicated than I can account for. Lets just keep it as an intelligence for now, that should suffice." He nodded. "You don't have to nod Captain, I can see the thoughts you are sending me." Dranke thought about it "What about privacy?" "Privacy is a construct. If you want me offline, just ask." This was going to get complicated.

The rest of the crew were just beginning to troop into the general mess, back from their visit Earthside. They were corralled together by Nina who led them back to the crew quarters where their gear had been stowed. Fenie and Vaxe spent a long time going over the maintenance logs and removal of the Jexx weaponry. They would not need them again. Niket and her crew were to visit Jexx with an ambassador to maintain diplomatic ties and explain the situation with commander Yod. Fenie was glad it was not the crew of the Raven who were given this task.

Dranke met up with the crew, grins all around. They were to go to the Hnnet homebase this time! For once, it looked like they had been picked for the easier assignment. They had fun discussing what it would be like. Dranke interrupted their chatter. "We need to get going in the next hour or so. Get your gear together and lets get ready to depart. This is not a joyride, despite what you people think." His voice was solemn, but the twinkle in his eye made them laugh. They were in good spirits. Dranke walked towards his own quarters to pick up his gear. Jen spoke in his head "Yes Captain, the commander Yod has been given the rights of a defector citizen. He is still being debriefed." It was unsettling. He had just wondered if Yod was being treated well. Dranke asked the Jen subroutine to switch off. It/she felt silent. He wondered if he would ever be able to trust his own thoughts.

Kell was also getting her gear when Dranke pinged her "How do I ensure privacy from the Jen subroutine?" Kell picked her stuff up and caught up with him. She spoke in low tones "You can turn it off. Asking the subroutine works well, I doubt the Hnnet will spy on us. But to be sure, there is a hardware just behind your ear." She showed him. It was a switch. "That works perfectly. I use it often. But I like to remain connected, Jen is very useful." Dranke nodded. Inwardly he wondered.

The crew had all boarded the Raven and Piteer was already charting their path to the Hnnet system. Kell entered the final coordinates. The darkmatter starcraft decoupled from the satellite spacecommand module and slid into near space, it's engines firing as it drew towards it's first jump. The crew were full of stories from home, and Dranke listened to them patiently. He felt very alone. He turned on the Jen subroutine. She said "Welcome back Captain. We are happy you are coming here to the Hnnesset. Your Leader is very keen that you make a good impression. But you already have." He smiled at that.

It was going to be a long journey. Dex and Sette came up to him and showed him something very interesting about the Raven. The holograms of the schematics spun around lazily as they manipulated the modules. Dranke's eyes widened. He had not expected this. He plunged into the schematics. Jen helped as he worked. Dranke, Dex and Settte did not sleep that 'night.'